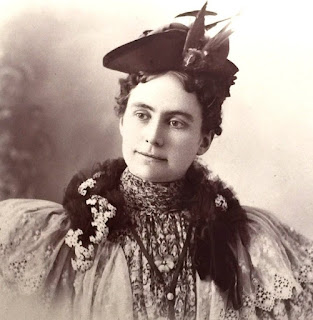 For years I had been intrigued by a family legend that told a vague and alluring tale of lost love, illegitimacy and concealed identity.   It had, after having been passed down through four generations, all the makings of the perfect family mystery.  The story was told on occasion, typically by my mother who seemed to share my faint fascination.  As time passed she would also include additional tidbits of evidence that she had collected throughout her life: incriminating lines from family letters and a small array of personal items and photographs, some inscribed with the name of the mysterious woman who lived at the heart of the story.

As I grew older I began to tell the story.  I would share it with friends or colleagues, those appreciative of history and a good yarn.  The story began to live with me, as it had lived with my mother and each generation before her.  Each time I recalled its details I could feel the intensity of my curiosity swell.  My retelling started to take on the flavor of a question more than a mere recounting.  My curiosity began driving me to wonder at the true nature of the story behind the story the possible truth began enticing me as much as the intrigue and scandal.  My mother’s telling of the story began to take on the account of how her father had been affected by his learning of it and how in turn she had felt the atmosphere of her childhood shift because of his conflict.  The story seemed to be living somehow, not theoretically in the tales of the departed, but in the breath and bones of those of us still telling it.  This was not just the story of a long dead mystery woman, but the story of our family.  And at some point I began to realize that it was perhaps possible to uncover the truth.

For reasons I cannot now recall, that time came in the early winter of 2012.  As a historian, and the only one our family has ever produced, I thought myself the perfect person to dig out the real facts; because facts indeed were what were missing.  I started with a few quick internet searches aimed at confirming or debunking the basic plot of the legend.  By looking though some general historical references I was able to discover pretty quickly, and perhaps not surprisingly that at least the primary circumstances of the story had been either complete conjecture, or so wildly inflated over the past one-hundred years that they no longer resembled the truth.  There was a peculiar disappointed satisfaction in finding this falsity.  I had sleuthed it out, but in doing so I had learned that what we had been repeating all of these years seemed to be more fantasy than reality, the intrigue was gone, in reality this had been the story of real people not fantastically interesting people; I was let down and more curious than ever.

There were a few things I knew for certain: names, places, date ranges.  Step two was to dig into some real research.  Certainly a quick search on ancestry would give me the basics – birth places, dates, other family names to follow.  A few characters emerged quickly, not exactly where I expected them to be, which I had somewhat anticipated, but nonetheless real and findable.  But there was one striking absence, and it was her I sought the most.  My great-great grandmother, the source of the scandal, whose name we had always known, whose face I had looked upon in photographs, whose stately black taffeta dress I posed for a photograph in as a teenager.  She had always been with us, where was she now?


It has been eight years since I started trying to find Bessie Cromwell, my great-great grandmother.  I have learned many things about her life, but essential questions remain.  What I know for certain is that she gave birth to a daughter in 1888, unwed, at the age of sixteen.  That baby was my material great grandmother Eleanor, a woman who was raised knowing Bessie as her aunt.  I also know that Bessie left this world in 1923 at the approximate age of fifty-two, a victim of the flu.  But her own place and family of origin and how she came to be alone and pregnant in Denver at such a young age are entirely unknown.  I am still looking for those facts.

For years I have been gripped by an obsession of sorts to discover who she was, to unravel the mystery of her life.  I have believed that that if I were able to unravel her story, tell her story, I would be able to cast her a new role in our family history.  Redeem in words the shame for which she has been remembered.  It is her alone I have looked for, have been curious about, have believed needed redemption.   But after years of research there is yet so little I can discover about her life.  The facts are painfully slim.  Years of unproductive searches have piled upon me more questions than answers, more frustration than peace, more grief than redemption.  But surprisingly through that, a story began to emerge.  A story that began teaching me, revealing answers to new questions.  Ones that I had not thought to ask.  And slowly I began to learn and slowly I became a student of the story.   Never did I consider who the story was actually about, never really did I see a story more than a treasure hunt.  In my mind, I was chasing the saga of a single person.  “Not so” she has taught me from her hidden place behind the traceable lives of those who form the story with her.  In not being able to find her, I began to discover everyone else.  And I have begun to understand a story in the place of a treasure hunt.

And so my search continues.  I may find her some day and I may not.  I may, as I have been planning for several years write a book about what I come to learn, and I may let her story fade quietly back into history.  All of this is yet part of the mystery. 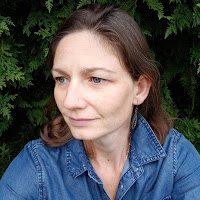