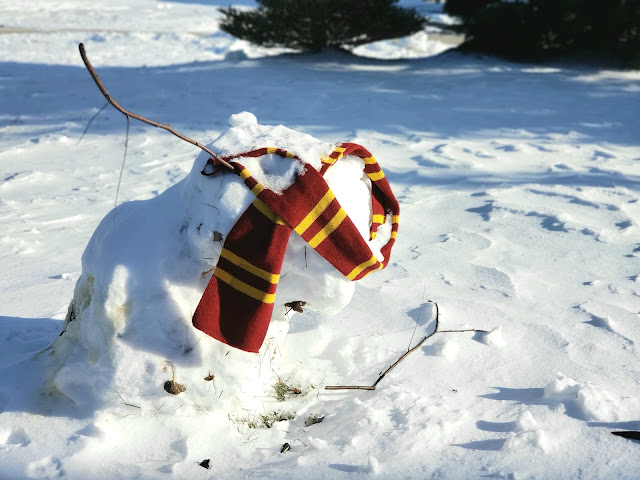 A week and a half ago I sat on the couch and watched through the window as my son built a snowman.  He was full of infectious excitement for the first snowfall of the season and for the project he was tackling on his own.  Periodically he would appear at the back door to update me on his progress or request accessories.  No full-size carrots in the house, his nose was a cucumber, now buried in the subsequent covering of snow.  Bob has had a tough time of it, first, he lost his head, an arm, his sense of balance and finally, the dog made a pee stop of him.  But he has also become a sweet and somewhat humorous backyard mascot.  I finally stepped outside today, the temperature lingering in single digits, to take his photograph.