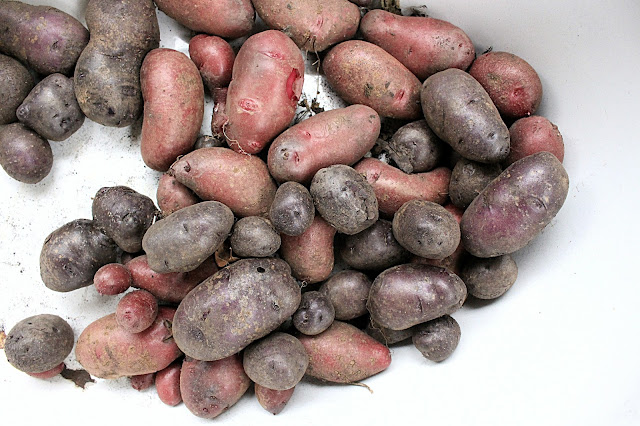 There is something particularly rewarding about pulling a thing from the ground that you planted and that will subsequently offer you nourishment.  My garden is somewhat of a wild experiment (more on that here). There are staples I always rely on; tomatoes, asparagus, squash.  But once they are accounted for there is always room for something new, something I did not plan for.  This year it was potatoes.   I planted them for the first time this spring, on a whim, at the recommendation of my cousin who is brilliant with anything that carries roots and always willing to take a chance.  Try them she urged, its no big deal!

I have been intimidated by the prospect of growing potatoes for years, but her words at last gave me the motivation to commit space in my garden to the project.  Last week my reward was discovered.  I had been watching the once supple greens begin to diminish; knowing the time to check them was coming near.  The first cluster pulled easily from the ground, and I have to admit, I have never been so excited about potatoes!  My young son joined the endeavor and we dug for potatoes as if they were treasure, dirt clinging to their soft skins.  He has never been so excited about potatoes.

What felt like a risk just a few months ago now feels like an accomplishment.  And it reminded that each of my stables was at one time planted for the first time.  And at the start of each new season they are planted for the first time again, along side whatever variety holds the place of this year’s experiment.  All of it is unknown and rewarding.

To finish the season I am taking a chance again.  That bag of fingerlings that had started to sprout in my pantry was cut up and sewn into the ground.  They may or may not have time to mature before our season fully turns the corner, but I am willing to give it a try. 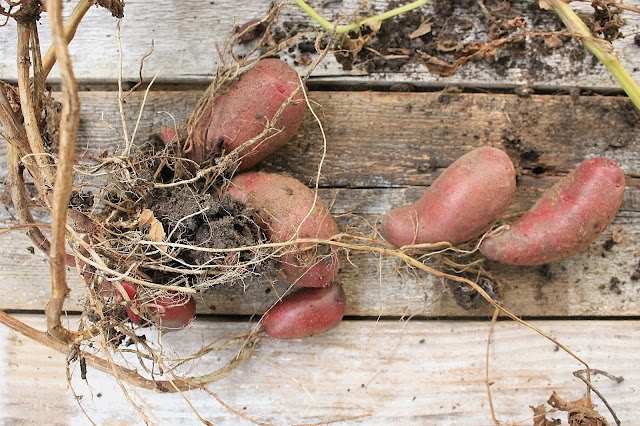 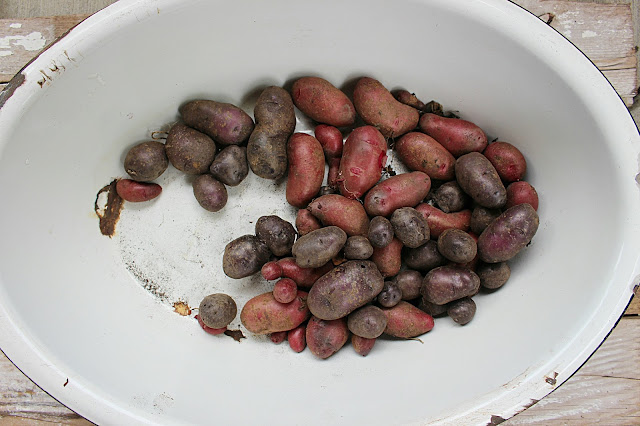 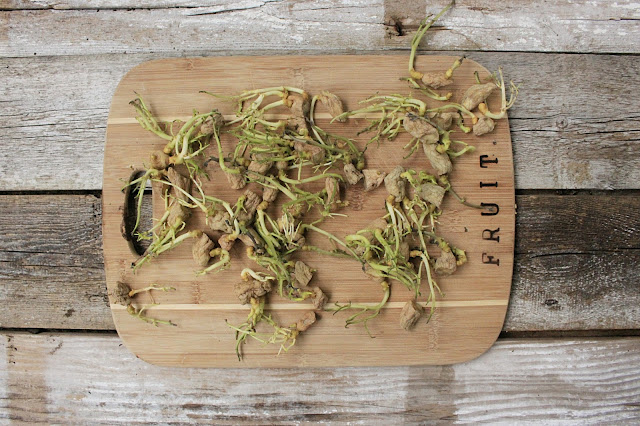 So whatever it is that you have been wanting to try...Go for it, its no big deal!