A Place to Sit 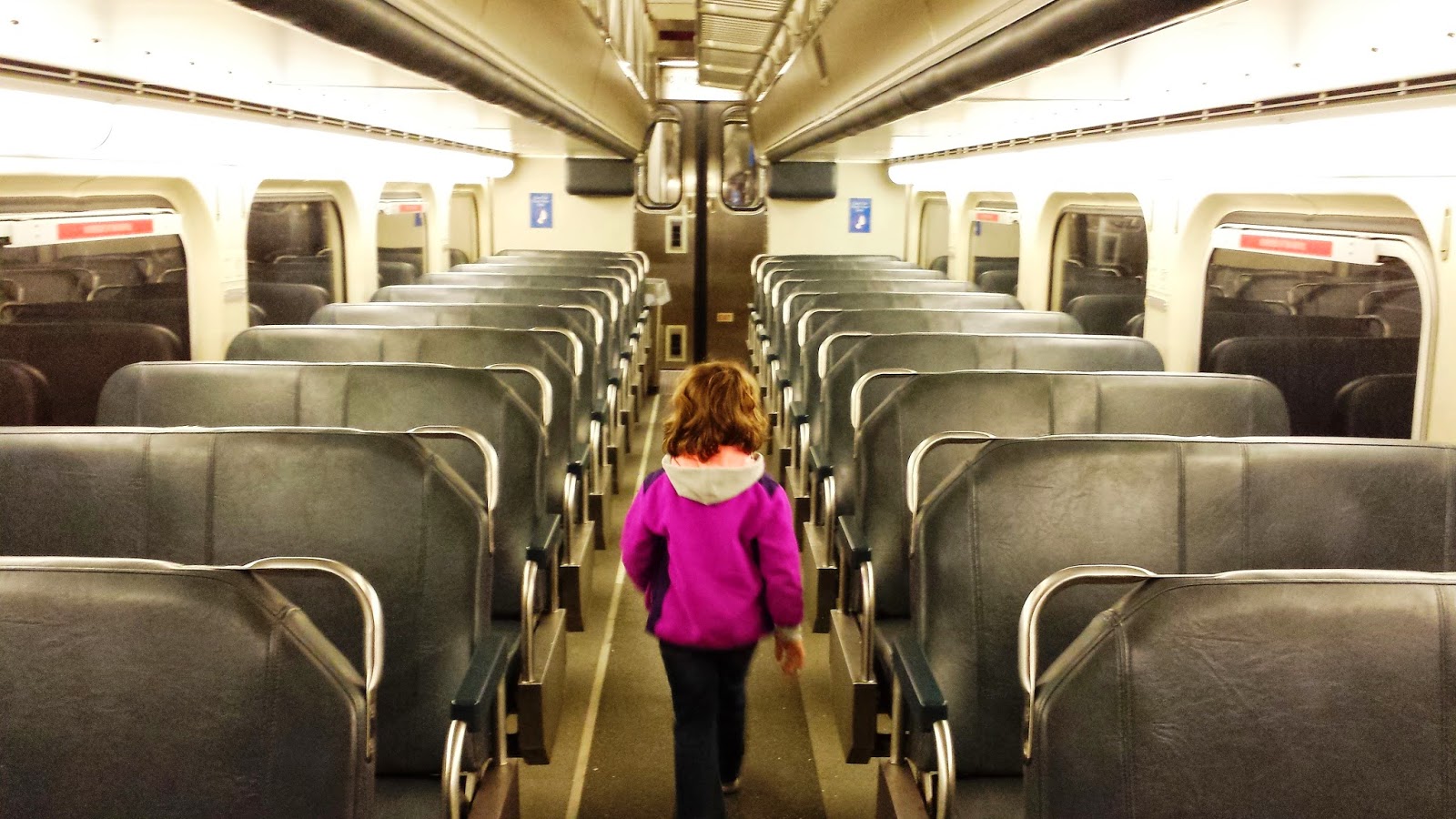 I have long been enamored by chairs; something about their formal intimacy, their potential for comfort, their infinite variety.  In art school I created a large body of work around chairs which included paintings, sculpture and the deconstruction and manipulation of functional chairs.  I still have one of those pieces hanging on the wall in my home.  Since that time I have continued to collect chairs, every place I have lived has been replete with places to sit.  My favorites come from a thrift store or other secondhand source. 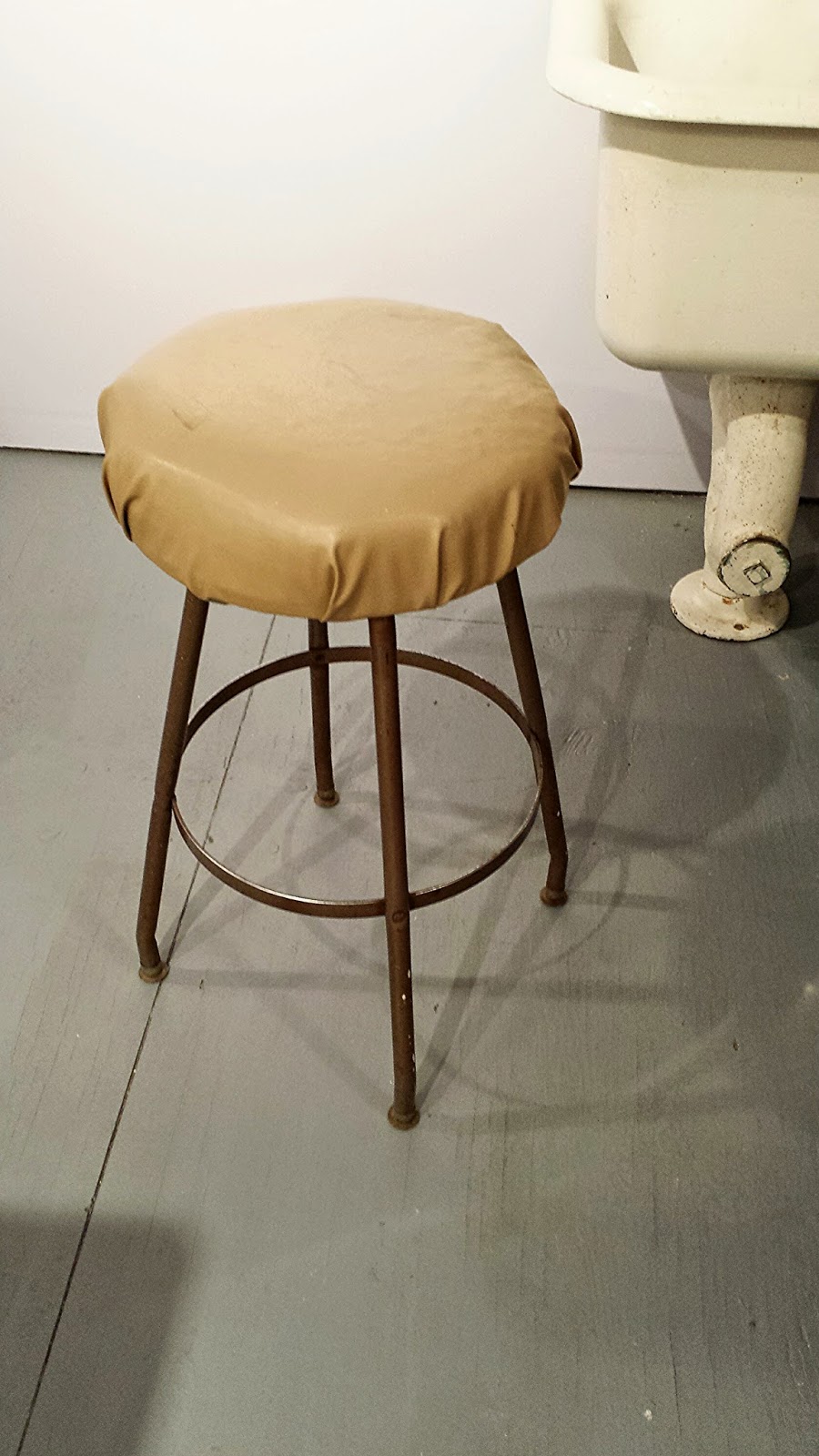 I am most attracted to chairs that show their age through the evidence of their use.  Worn seats and arms, tattered upholstery, chipping paint; they invite their own salvation. I love giving them another life.  Sometimes that life is merely in my imagination.  I currently have a collection of chairs in my workspace still lingering, still waiting for a clear purpose.  I move them around, stack them; sometimes I take one apart and play with its pieces.  I cannot pass up a worthy candidate; if feasible, it comes home with me. 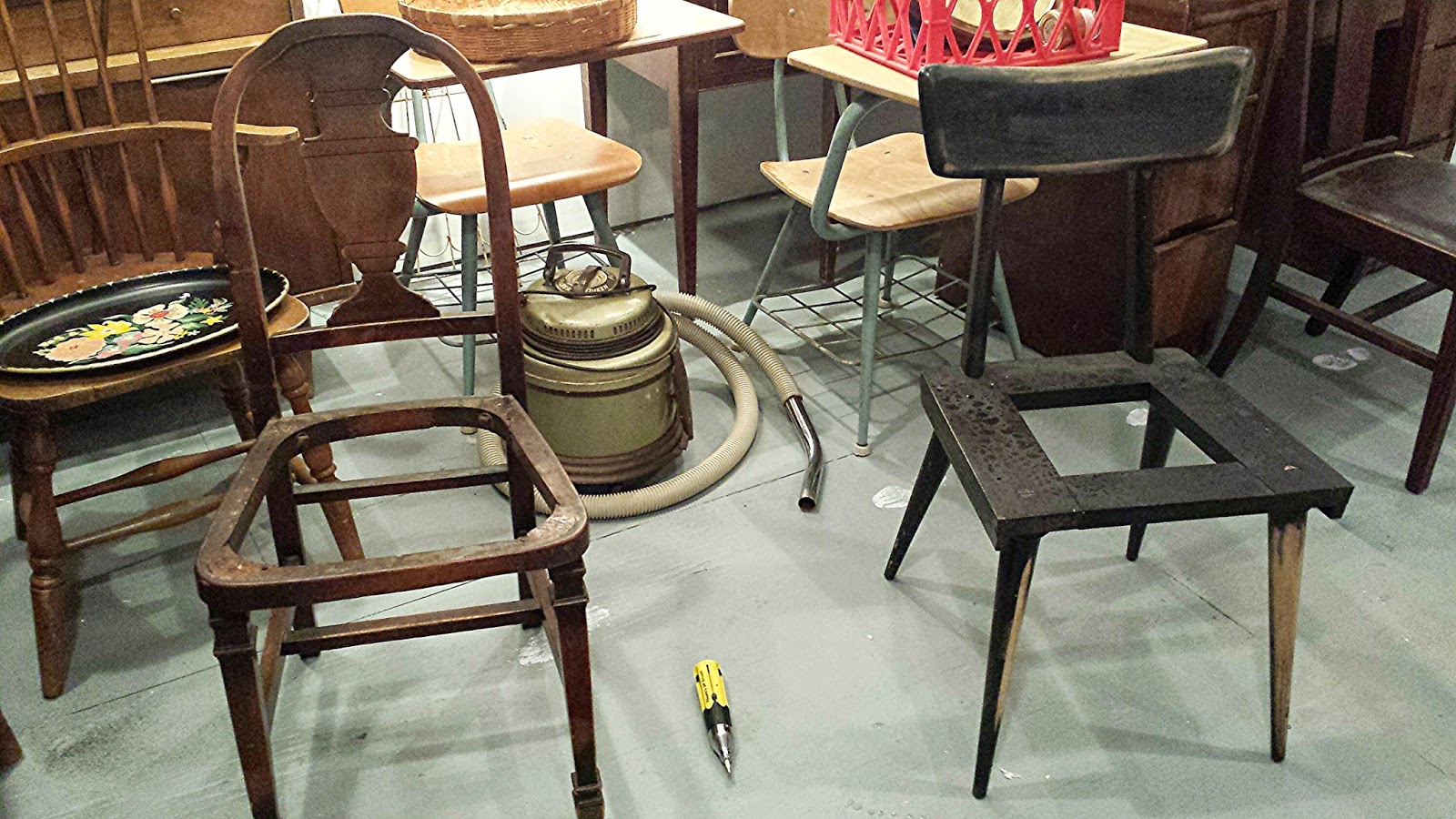 Chairs and other random opportunities to sit have also long attracted the lenses of my camera.  So when our photo walk in Stephanie Levy’s autumn session of her fabulous Creative Courageous Year e-course was introduced as chairs, well what more do I need to say… 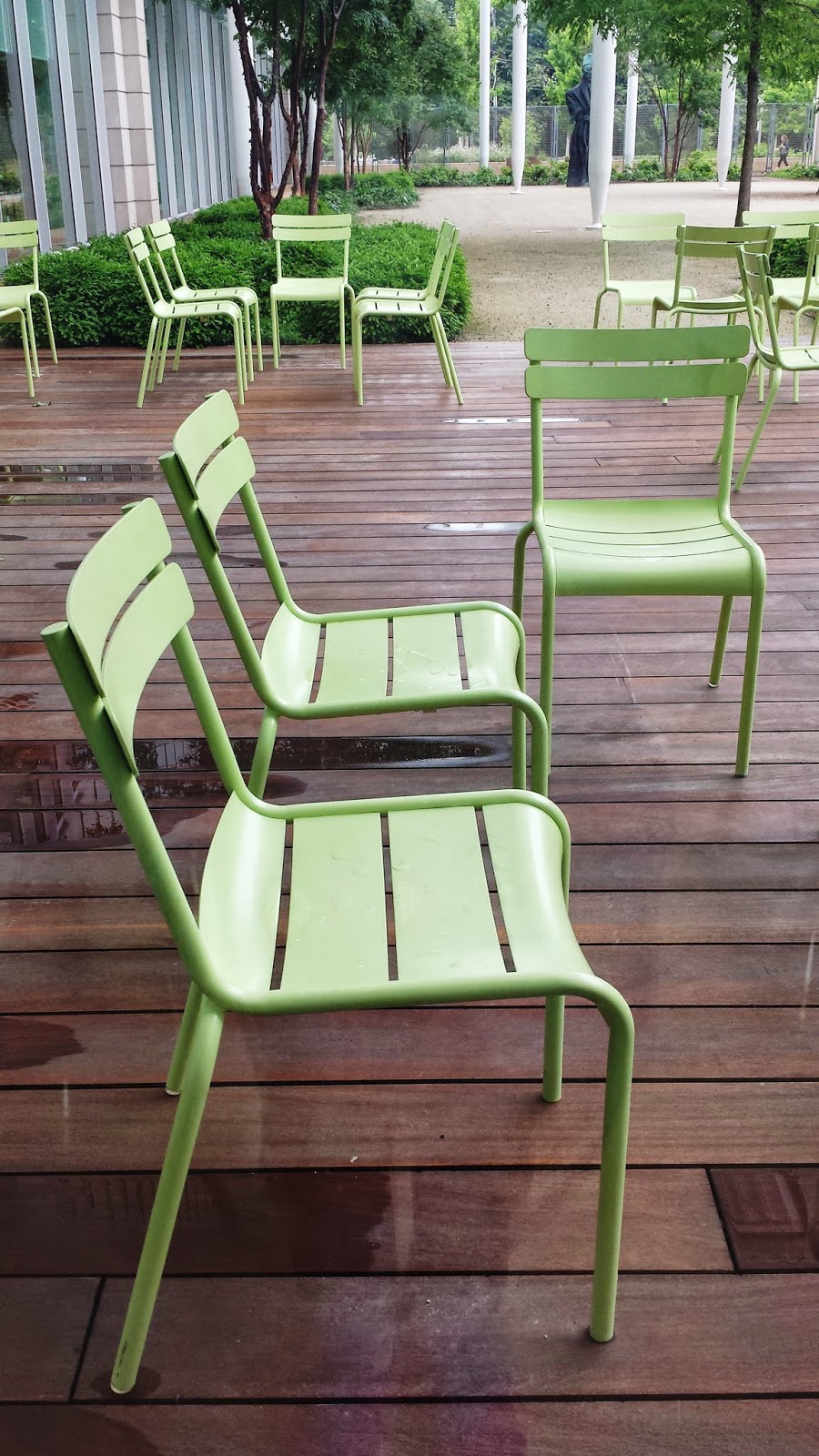 The collection here is a combination of photographs taken during a day spent in Chicago last spring; a morning at the Autumn Pioneer Festival in Belvidere, Illinois two weekends ago; and images taken of the collection that has moved through my own home studio...because really when it comes to chairs, I just can't help myself. 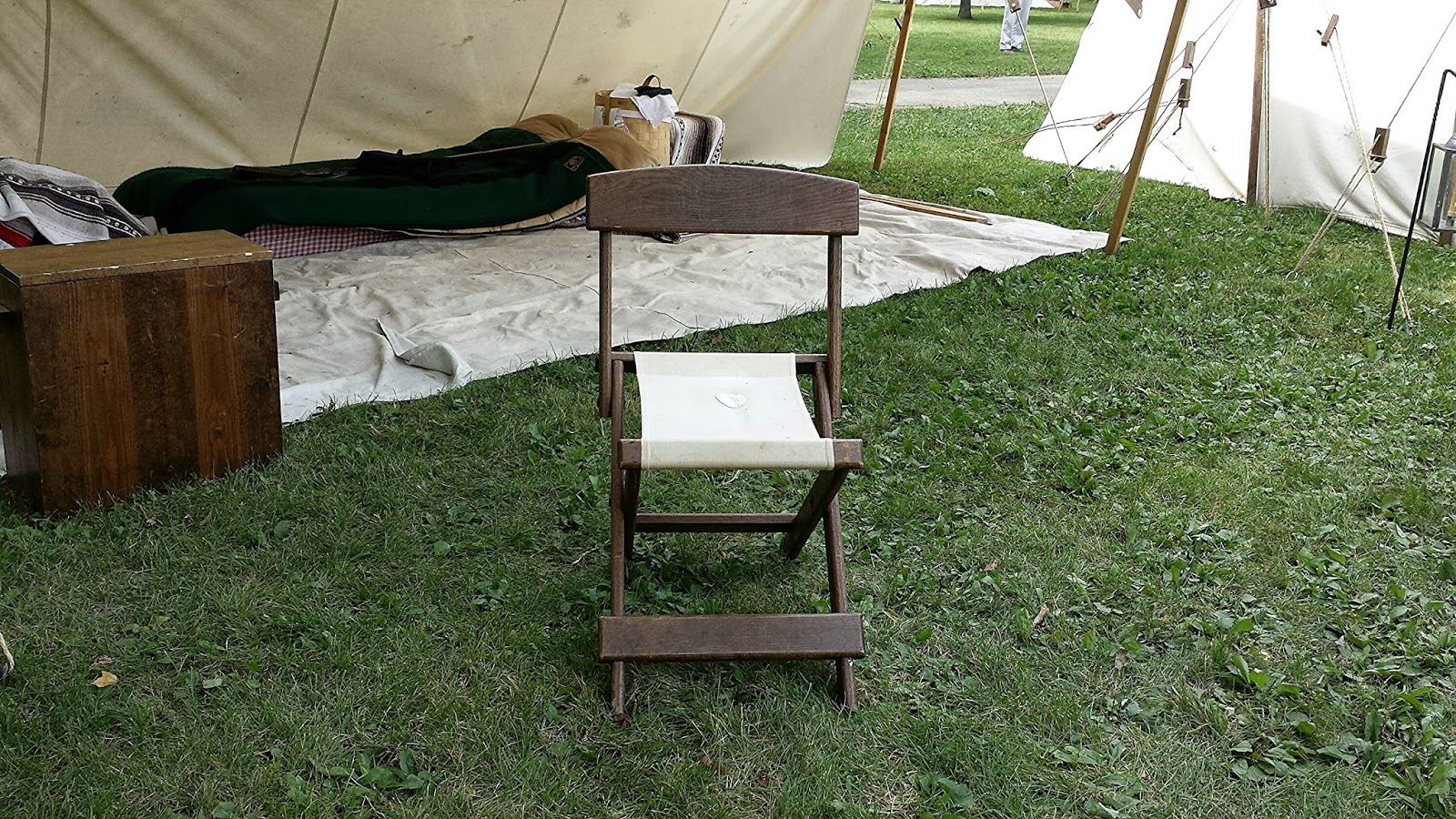 I often find that as I photograph, my thoughts on what I am looking at begin to run away with me.  The chairs are rich fodder for me.  They have been with me for so long, always a step ahead. Beckoning, waiting to be collected in one form or another.  They have a physicality that I have long been attracted to, and in their reference to rest or pause, they represent a facet of the human experience.  And a personal experience that will forever color my refection upon them. 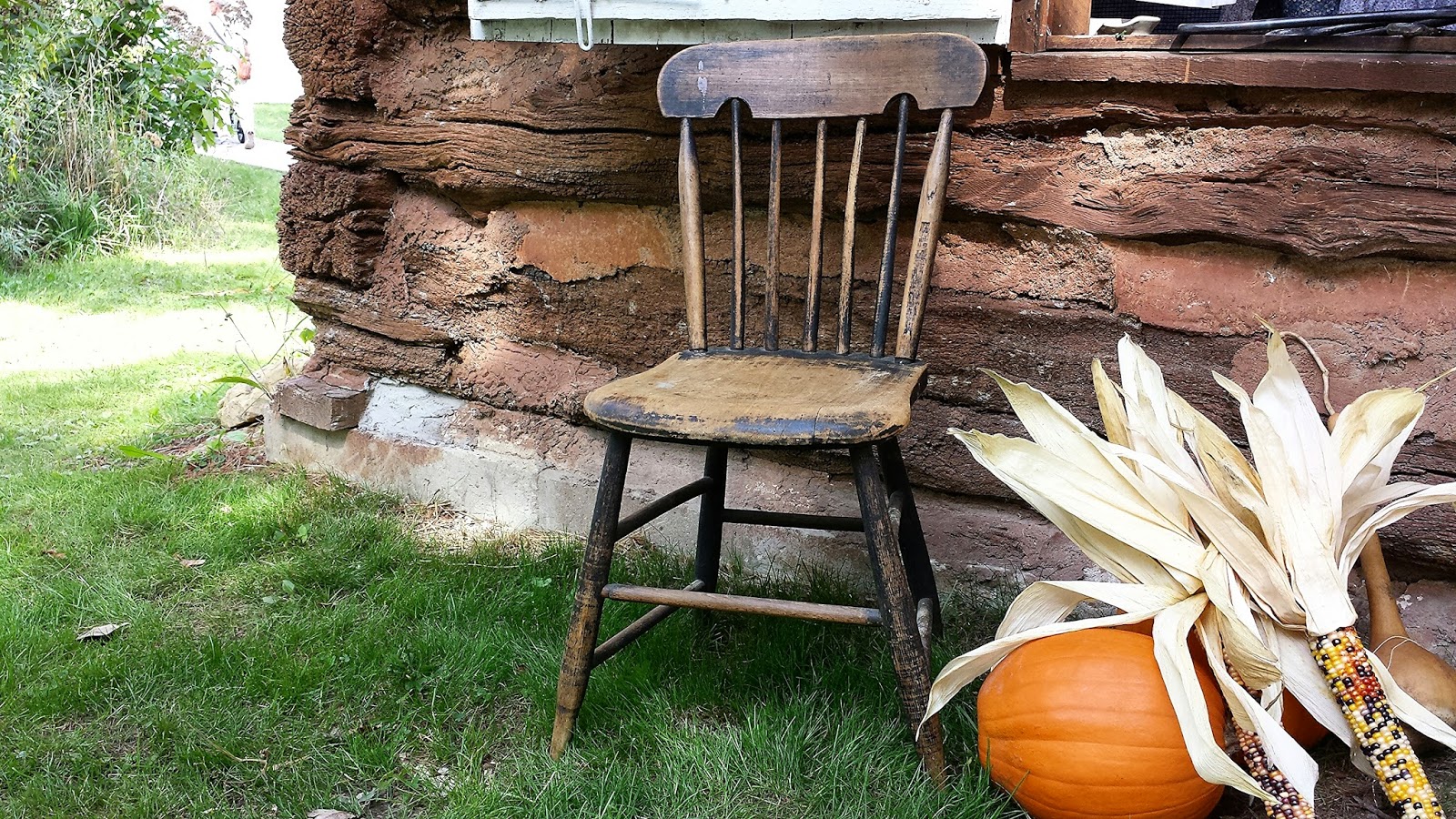 A chair is so formal, so structural, so intimate to the human form; a mimic of our need to rest.  Rest, always I think rest first; but it is not only rest they represent, they are work and travel and interrogation; they are nourishment and confinement.  It is the confinement of a seat that I have come to recognize more poignantly.  A place to sit, a location that requires you to give over to it, to relinquish your strength unto it; to trust it will support you.

Little more than half-way through my pregnancy with my twins I was, upon the direction of my doctor, confined to sit.  They call it modified bed rest, modified because you can move beyond your bed to a chair, a seat.  You can walk, but not very much. 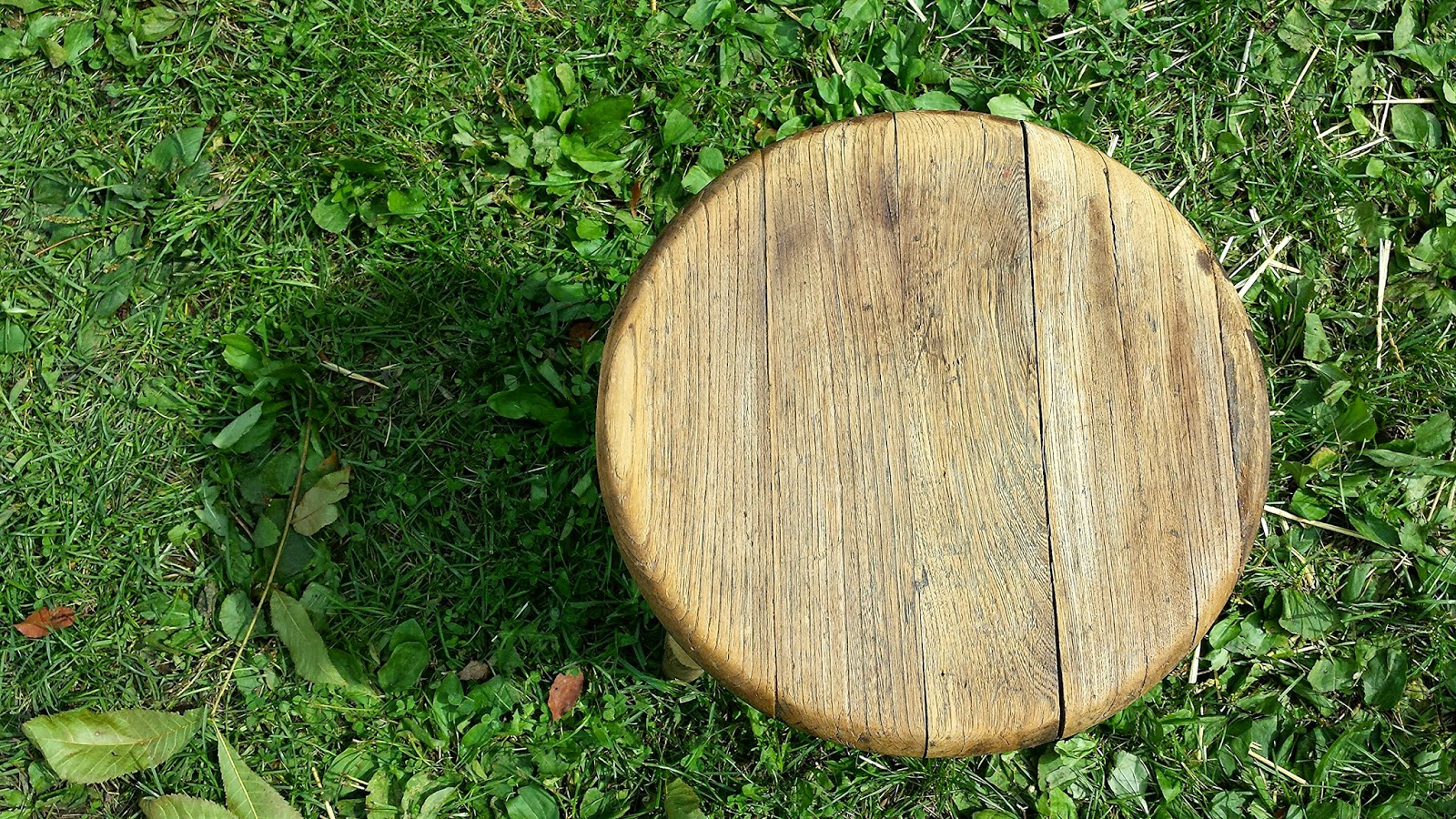 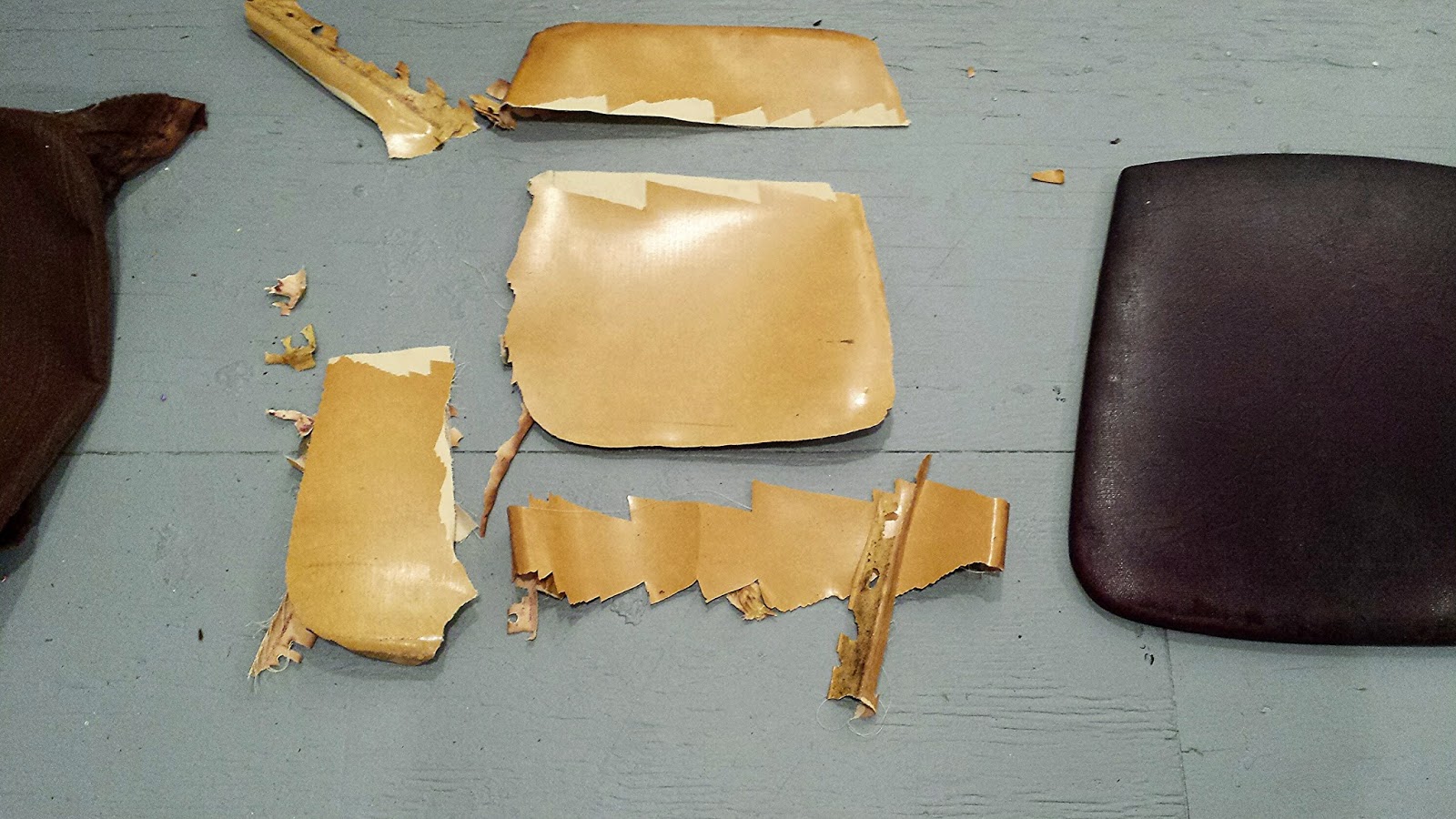 For several months after the birth of my boys and my return to my feet, I took note of my upright movement.  Walking was something of a novelty.  I appreciated it.  It had meaning.  And sitting had new meaning too.  It was not something taken for granted, but not really something cherished.  It meant something beyond my control, something I had to heed.  Sitting had become protection, my return to walking freedom.  But I retained a fear of the potential in each.  I have a distinct memory of walking through a parking lot by myself for the first time.  It was in that moment that I learned of the power of appreciating my steps, in the impact my sitting had had. 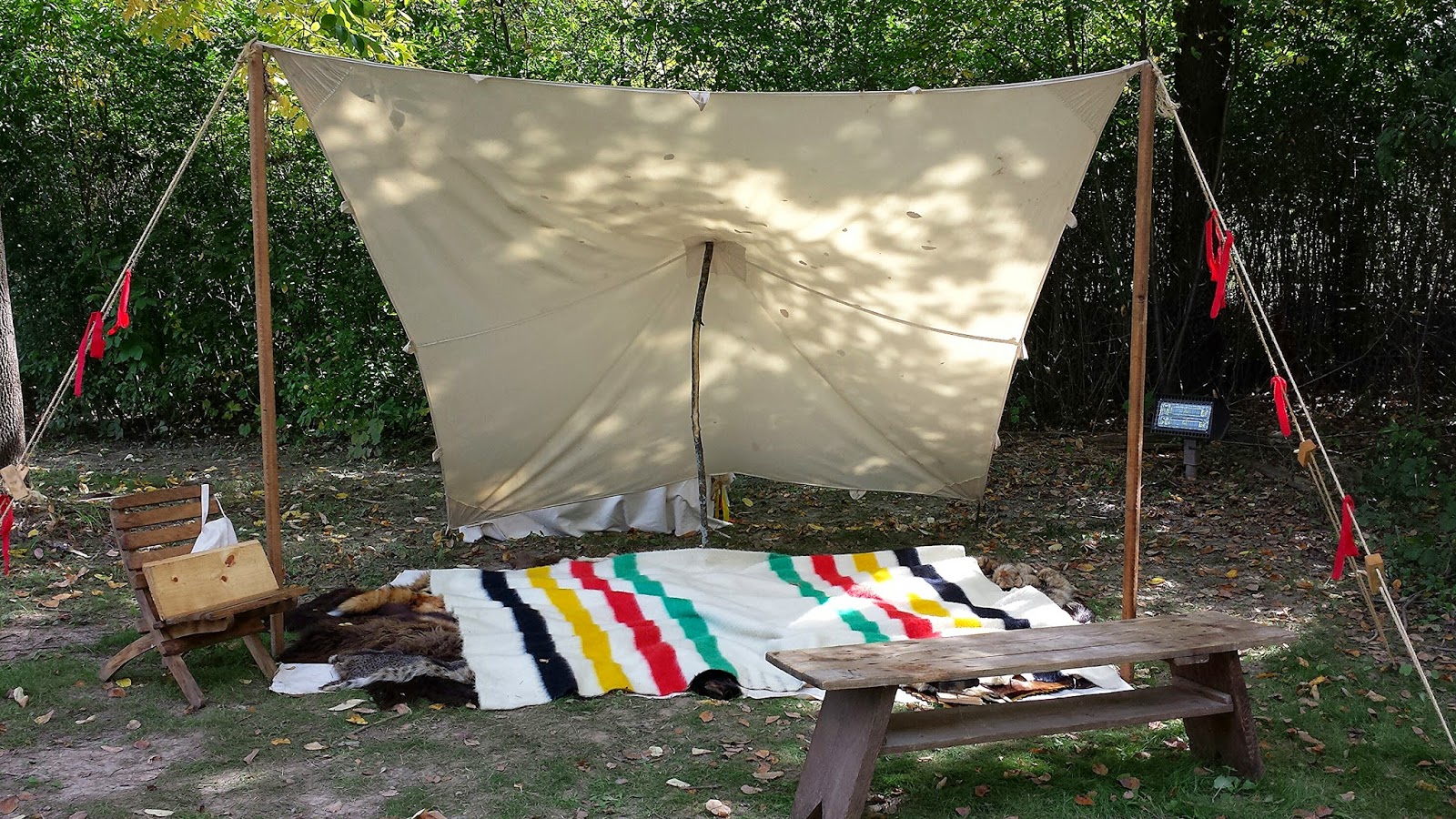 Nearly three years later, that memory still vibrates through me whenever it comes to mind.  Sitting and walking, they are now mutual parties to exhaustion and appreciation.  Stark reminders that nothing is to be taken for granted. 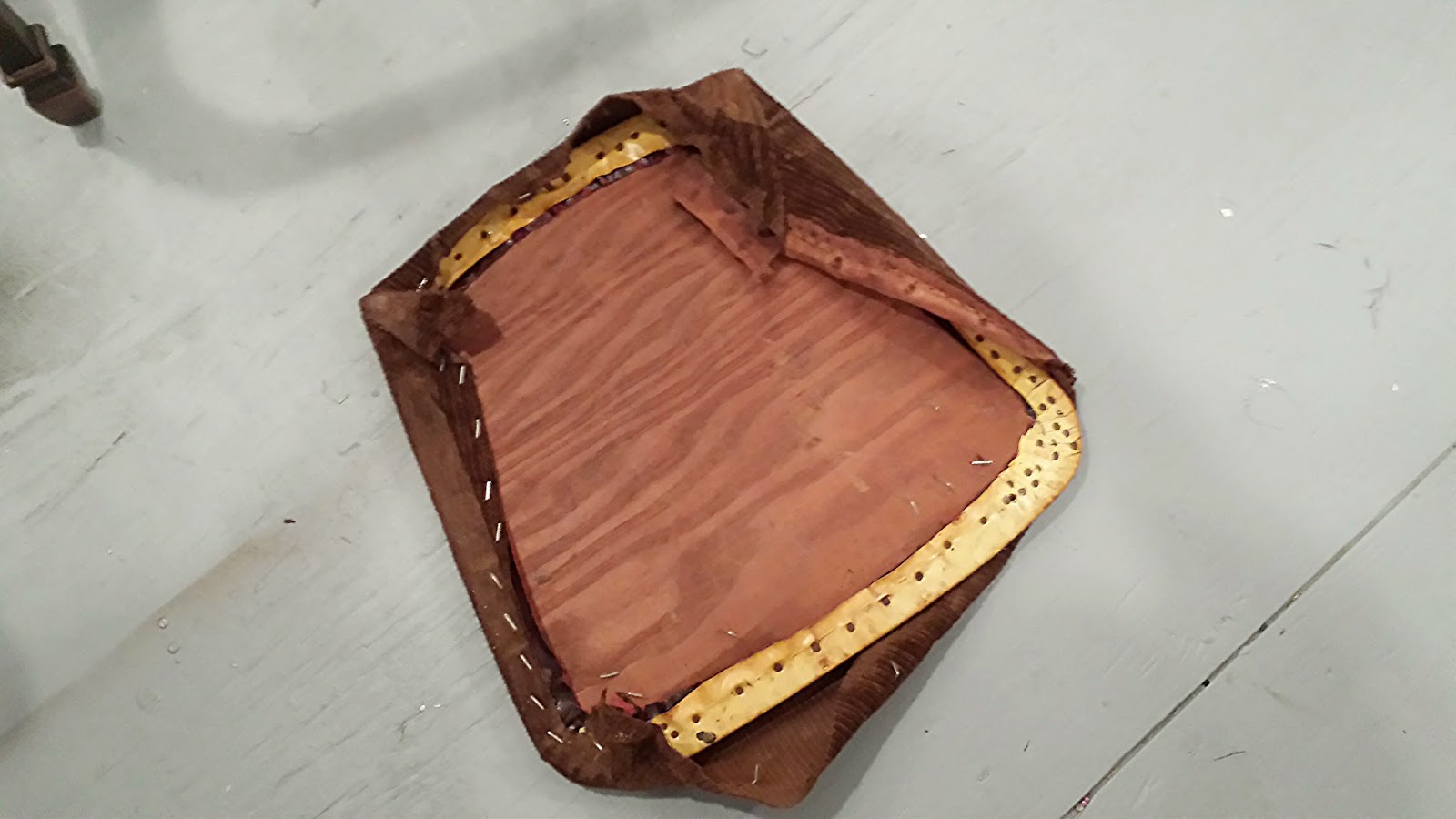 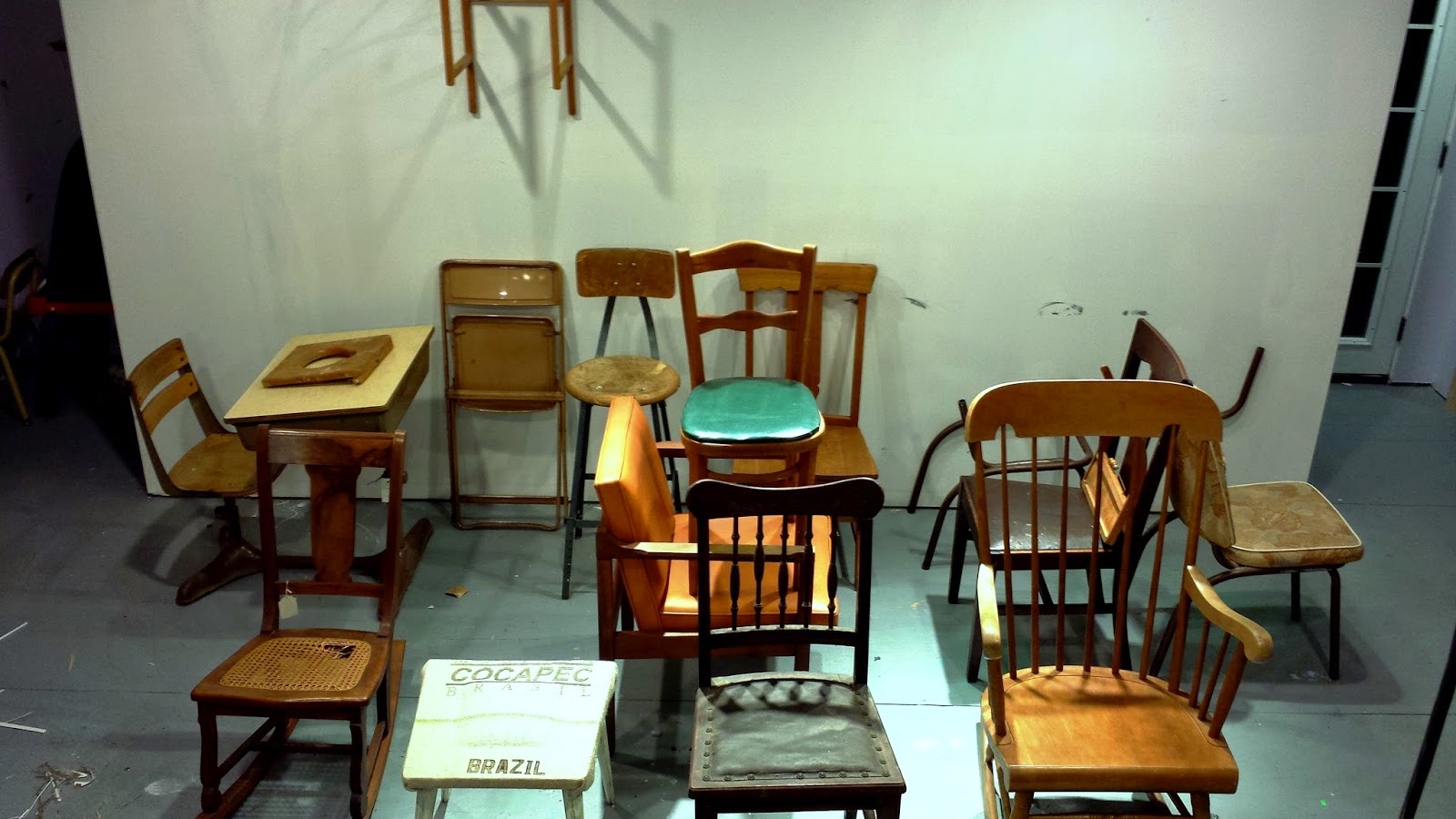 So I suppose I have found richness in the collision of my worlds.

The world of sitting in theory and reality; an object and its infinite variety and layers of meaning.  And variety is one of the things that attracted me first to this form; large, small, comfortable, weathered, gorgeous and merely functional, spindly yet strong and oh so familiar, oh so necessary as friend and foe.